Denzel Washington goes Fallout in The Book of Eli, a 2010-scheduled post-apocalyptic extravaganza. Kotaku’s already drawing parallels with the Fallout universe which is as obvious as anything, so really, get over it. Apart from Washington, the cast includes, first and foremost, Tom Waits himself as an Engineer (you could only top that with Ron Perlman as the Engineer’s evil twin brother. But I’ll include his dark swamp cabaret vaudeville here just in case), Mila Kunis (her Max Payne appearance hopefully forecasts annihilating mutant hordes with attitude and a leather-covered ass) and Michael Gambon. (UPDATE: And yes, Gary Oldman himself is there as well – who just managed to blurt out there’s a new Batman movie in the works including him in the cast.) 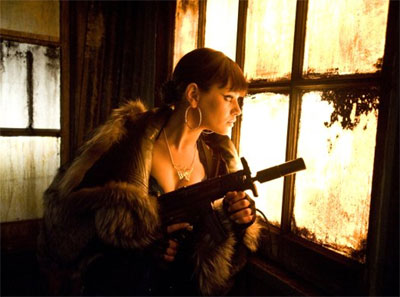