Erwin Olaf’s video ‘Le Dernier Cri’ makes use of a kind of hyperrealism that is characteristic of much of his work. Here the slick realism of Hollywood films is being driven to its limits, giving the whole work an absurd character. The camera moves in one long, continuous movement through a house; it almost seems to be floating. ‘Paris, printemps 2019’, reads a subtitle. The atmosphere in the house is suffocating – despite the spatiality and the fragile early-spring sounds that can momentarily be heard at the start. Everything is reminiscent of the ‘homely’ variation of modernism that was popular in the 1950s and 1960s. (catalogue.nimk.nl)

Erwin Olaf, as you will see, is someone Paco would approach one day, commissioning him to create a doll comprising magnificient tools, the tainted lust of a housewife, the uncertainty of encountering a new civilization, grafted fuck muscles and a skinjob not entirely unknown to subterranean cults who still remember why curves were formed as curves in the first place. (via grinding.be, pic below comes from photography-now) 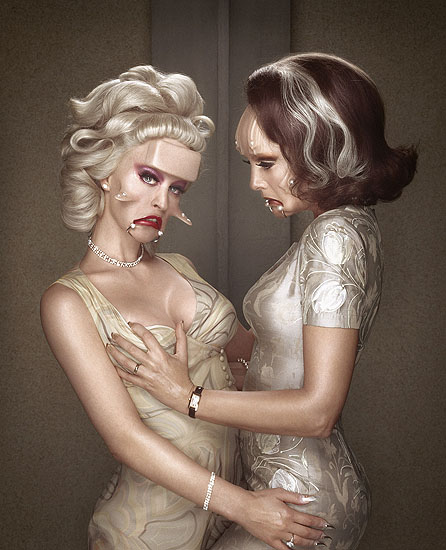