IO9 breaks news on Purefold, a new webseries set in the Blade Runner universe. The project is backed up by the Scott family (Ridley Scott, being the original movie’s director, his brother Tony and his son Luke), RSA Films (Scott’s commercials company) and independent studio Ag8. The series will take place before the original movie’s 2019 setting – the first episodes are most likely to take place in 2011. The five to ten minute shorts will actually be driven by reader input pulled in from FriendFeed – according to IO9, there might actually be some hope for Purefold to make its way to TV (or DVD). As the producers don’t own the rights to the PKD novel BR is based upon (Do Androids Dream of Electroic Sheep?), you won’t see any BR-specific characters or situations in the series. 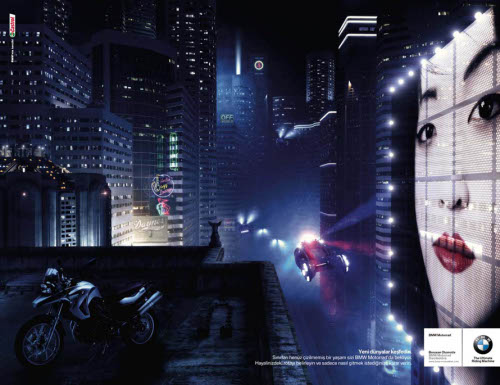 Two very interesting things to note about Purefold. 1) RSA is reaching back to how the original movies used billboard ads in the cityscapes and now they’re busy hooking up themselves with ad and marketing agencies. 2) Scott announced that the series will be released under Creative Commons, so basically you can remix and recut the episodes to your liking. According to IO9, Ridley Scott is the first major Hollywood director to embrace CC. (via io9)