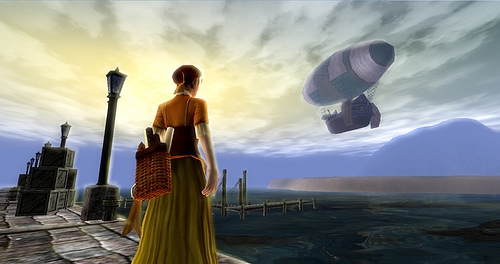 “Gatheryn welcomes players into a world where steam powers everything from vehicles to mechanical monkeys, and mystery enshrouds a romantic landscape reminiscent of Charles Dickens’ Victorian London.”

According to the Kotaku guys, the devs at MindFuse plan to let players forgo the usual level grinding in favor of just buying equipment and costumes using game currency earned from playing the casual games or just coughing up with a credit card.

A closed PC beta will be available for sign up in December, with an open beta in the new year.