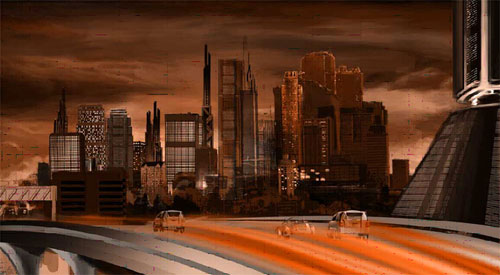 The Gene Generation goes on DVD next January and if you’ve seen the comics (if you haven’t, grab it like fuck), you know it’s out on Bloodfire Studios. Now Wired drops the hint that Bloodfire received the rights to make an indie comics series from an anime-style big-budget web series that has RDF USA behind it (who were responsible for shows like The Two Coreys or Wife Swap). Release tentatively set for 2009, so far there’s only one leaked cityscape image, according to Wired.