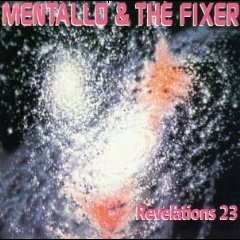 It’s been twelve years, a grey-and-red BASF tape I’ve been handed, through a chain of people, back at high school, allegedly having the kick-ass cyberpunk sound that’s gonna make me into a Japanese mecha so that I could destroy the world a bit more. Obviously, as you all know with a bit of background knowledge or common sense, it wasn’t really the case. Paul van Dyk and Zen Paradox were not even close to spiral arms or Molly’s fletchette: they were more like windows onto pop culture, your standard last.fm/youtube run, cast into plastic for ninety minutes in times of an ISP meltdown.

But the tape had minutes of wonders. It had Leaether Strip, orchestral dark EBM, pure adrenaline ricocheting off stomping boots, waves of segregation and seething anger against the world, and no small wonder, Claus Larsen, mastermind behind the Danish EBM project has practically single-handedly forged two of the best-quality EBM albums of the nineties, Solitary Confinement and Underneath the Laughter, both on the now defunct Zoth Ommog label. It had Front Line Assembly, two albums again – Caustic Grip and Tactical Neural Implant, straight from Canada and the underground elite intelligentsia of righteously self-proclaimed cyberpunk, melting pot of every piece of cultural meme Bill Leeb could lay his hands on. 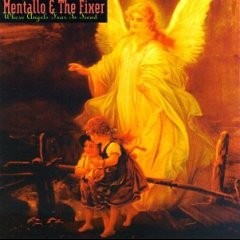 And it had Mentallo & The Fixer. And God, did I have several hundreds of kilobytes of text files, secret recipes into the world of industrial music (remember, this is still high school, 1996, only chosen ones had modems back then) and yet I had no intel on them. I knew there was an album entitled Revelations 23 and it had tracks with emotions as huge as the universe, it had love, desperation, anguish, hunger, all the size of the Cosmos and their tracks were movie canvasses that displayed movies even when noone was listening at them. So I fell in love. Twelve years.

And now it turns out that the Mentallo guys (with the help of Ras Dva label head Ric Laciak) release all their older stuff for free, in mp3 downloads, with artworks. You can download Revelations 23 (an interstellar voyage of crying and hysteria with freckles of cosmic dust and beats to cling on to) and Where Angels Fear to Tread (an album much refined in sound, cooler in emotions and more subtle in everything) and then some more, like two Benestrophe albums, way back in time, when doing synth-electro-pop surely looked like a good idea for them (and Sensory Deprivation is one hell of a radio-friendly ride, trust me.) 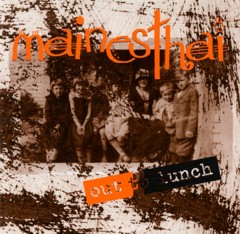 Mainesthai, their side project is massive. It’s a blind god, lobotomized, behind a Nordlead and two CD decks. Seriously, the Mainesthai track Y (and its two remixes) are serious forces of rebellious narrative ambient electro (and their take on Mentallo’s tracks are even better). It’s splatter electro from the nineties and it’s very much not like Velvet Acid Christ or anything from that era. If you opened the door labeled VAC, the room behind that smelled from all the drugs the local pharmacists could cook up for you. If you opened the Mentallo room, it was all crystal clockwork, cosmic bandwidth and catastrophes.

And it’s all free for the taking now. It’s very much like being a child, again, looking up at the sky with the funny little light in your eye, because the sky’s looking back at you. And it’s singing. (mentallo.net)