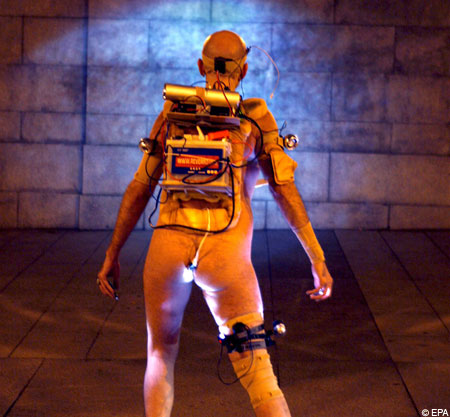 Seriously, if last month’s penis-thieving stories from Africa didn’t cut through your transjournalistic immune system, this won’t either. Madrid artist Jaime del Val is walking around the city, projecting his dick onto public buildings, claiming “it is a means of power”. At least he’s right about that. According to the Metro, Mr del Val actually claims to have a serious message to promote as a self-identified ‘pangender cyborg’. He says his visual actions are part of a multi-protest against homophobia, surveillance, control and consumer society. (via boingboing gadgets, via metro)