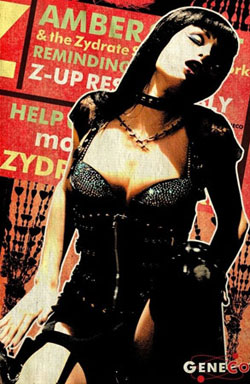 Without getting too intense and hot on Darren Lynn Bousman’s Repo! The Genetic Opera, this piece of art is one of the best things that’s gonna happen to the cyberpunk movement this year (apart from the first Doktor Sleepless trade paperback and the hopefully promising re-make of Ghost in the Shell and Pearry, trust me, you don’t release The Gene Generation in 2008, we’re so releasing doom in your pants. And me going to Twitter): it is all above fusion, blending and a generous amount of tetrising around previously unmatched blocks of art.

And the blocks fit nicely, from Nivek Ogre of Skinny Puppy to Sarah Brightman and the postmodern top-down DIY media icon Paris Hilton: it’s all crossover cyberpunk opera and you all need to devour it. Limited theatrical release is reported to start on November 7th, 2008. 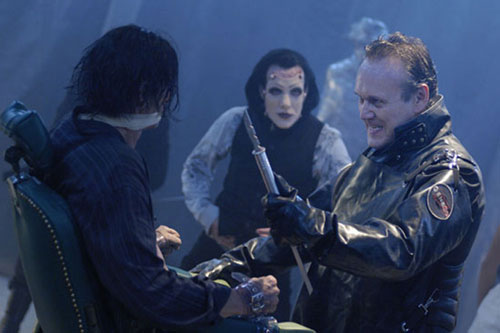 Need a backup story? The Repo! Wikipedia entry sez An epidemic of organ failures devastates the planet. Panic erupts and scientists feverishly make plans for a massive organ harvest. Out of the tragedy, GeneCo, a multi-billion dollar biotech company, emerges. GeneCo provides organ transplantation for a profit. In addition to financing options, GeneCo reserves the right to implement default remedies, including repossession. For those who can’t keep up with their organ payments, collection is the responsibility of “organ repo men”, skilled assassins contracted by GeneCo, ordered to recover GeneCo’s property by any means necessary.