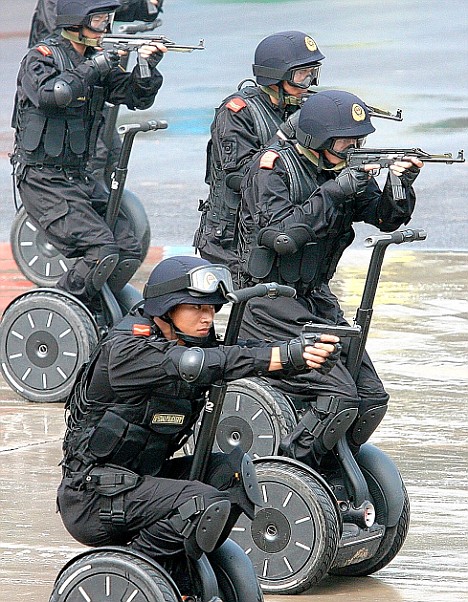 Chinese elite anti-terror police officers are wheeling into action ahead of next month’s Beijing Olympics on two-wheeled scooters. Members of the country’s armed police unit practised on the Segway models that have been re-named ‘Anti-Terror Assault Vehicles’ in the eastern province of Shandong. Officials have bought 100 Segways and painted some in military camouflage to patrol airports and sporting venues during the Games. (more on Mail Online)