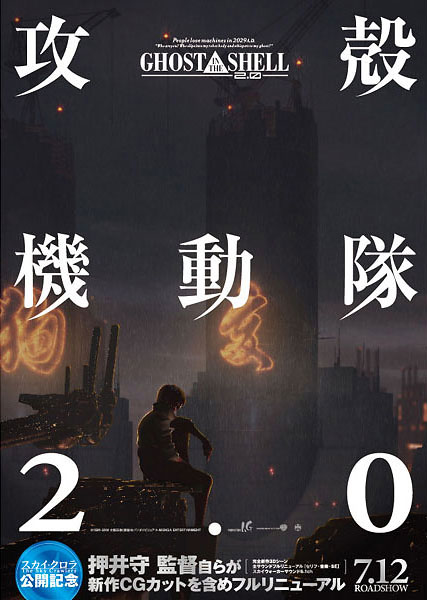 Mamoru Oshii’s cyberpunk cult hit Koukaku Kidoutai receives a major visual (and sound) update. The 2.0 edition of the movie, ready to be screened in Tokyo, Osaka, Nagoya, Fukuoka and Sapporo on the 12th of July, will feature new CG/SFX for a number of scenes and also a 6.1 surround sound recording. While the original soundtrack of Kenji Kawai remains, it’s been overseen by Academy Award-winning sound enginner Randy Thom (who’s also been working on GITS2: Innocence). (As a reminder: Oshii’s latest film, The Sky Crawlers will open on August 2 in Japanese cinemas.)

The Ticket Pia agency has three before/after image comparisons (scattered throughout the article) and apparently the visuals have been brought on par with the 2004 visual standards of Innocence, they’re just more sombre and orange. (That fits oh so well with dystopia.) 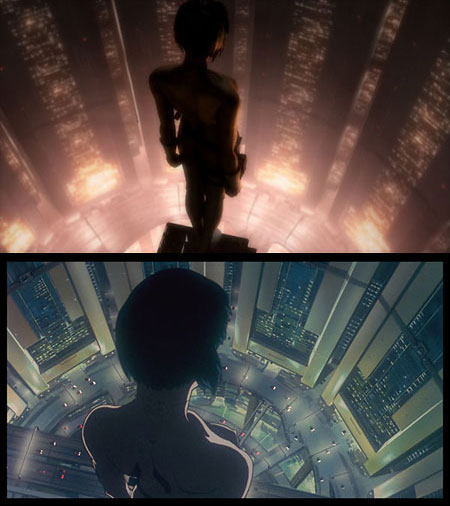 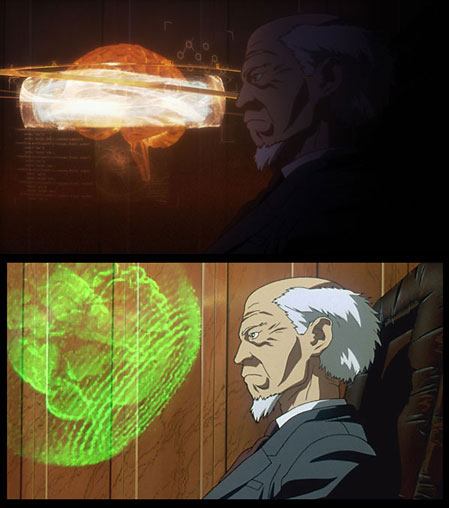 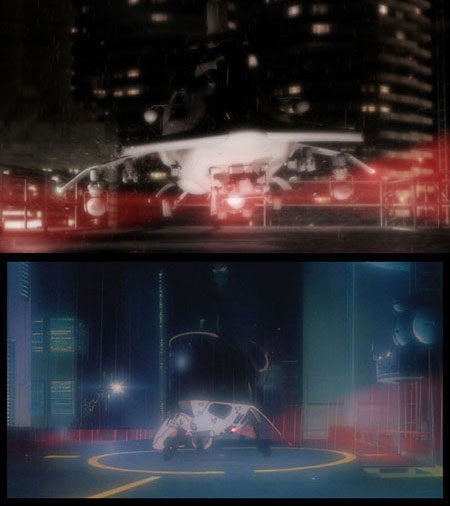