There just isn’t any MMORPG that would keep me interested after three days. The game that was the closest to an MMORPG and had me playing for years was Diablo II and that was just because of the loot system and the hysteric urge to level up and get more items, possibly because I couldn’t really cope with the very mundane tasks of my own life. But I digress.

Hellgate:London was – and still is – basically, dead babies in candy cover. Mythos – the second game of Flagship Studios – is in beta now and as I’m enrolled as a tester and no NDA binds me – it’s a revamped and rehashed version of Fate set into multiplayer, having the same kind of lame-ass bad perspective cartoon graphics that World of Warcraft has. (I tried it as well and I got to hate it for the graphics only. And that was just an hour’s work.) Guild Wars looks marvelous but it’s monotonous. Very. Grinding was fun in Diablo II, it got very frustrating there. 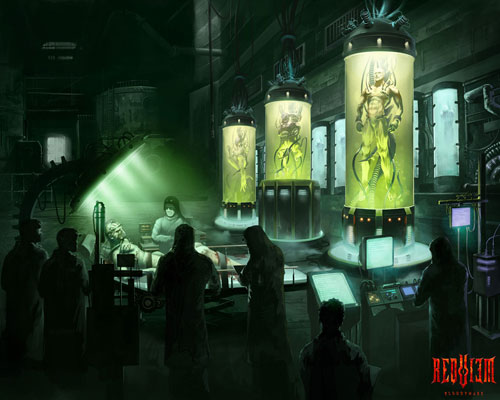 Now we’ve got another horror MMORPG that got into its public beta stage. REQUIEM: BLOODYMARE has nightmare boss monsters, weapon enhancements, beast possession system, epic PvP and a DNA system that sounds very promising. The concept art looks very kinky. You end up with screenshots like these, though, and you think it’s pretty much Lineage 2 mashed up with Painkiller. Painkiller meets Diablo 2 meets Guild Wars graphics, now that would totally rock. But I digress again. 2.3 gigs installer arrives in ten minutes. And I only give myself one hour to prove it has bad tentacle power. 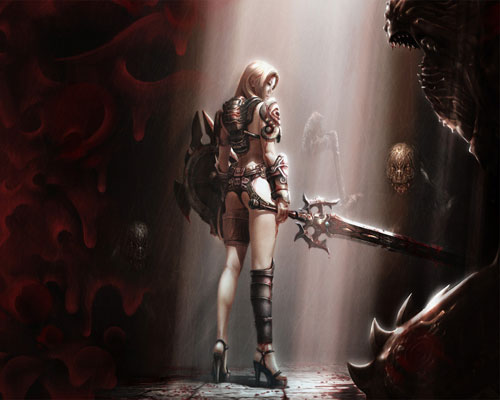