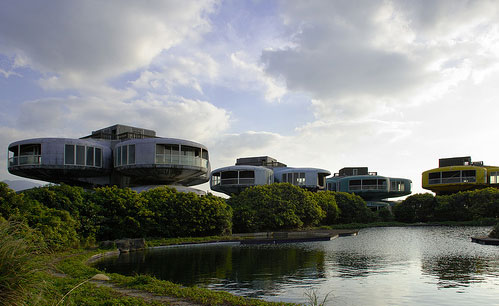 Came across yusheng‘s superb flickr set about an abandoned housing complex near Taipei. According to yusheng, this place was built in the 70s as a resort but was later abandoned. I couldn’t find any definitive explanation about why exactly it was abandoned, however. There’s some talks about failed partnerships and/or real estate bubbles. The original source at notcot also lists another flickr gallery with some interior shots and also speculates that the complex was apparently built in the early 1980s as a series of vacation homes marketed towards affluent Taipei residents seeking to get out of the city. (via notcot, recommended by dH!)