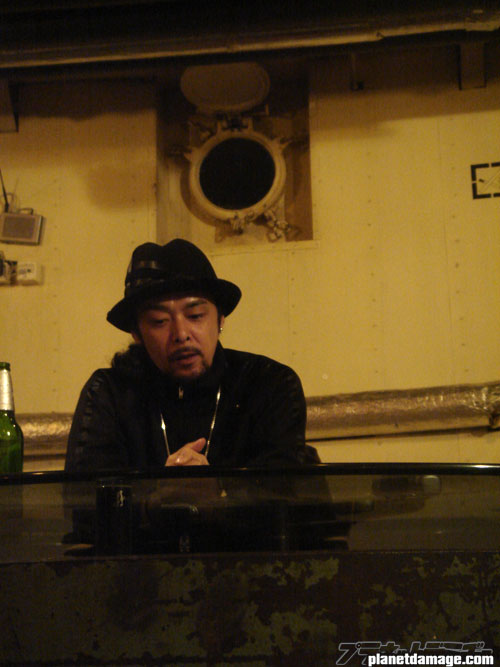 I am sitting in the bowels of A38, one of Budapest’s leading venues, the very one situated on the river Danube, the living proof of how near-paramilitary Russian vessels have a posthumous life of their own. I am also locked on to one of the greatest names in contemporary hip-hop, DJ Krush. He has a wonderful habit of not saying anything specific, carefully not going into any details about fellow DJs, up-and-coming artists or technicalities. The one and only name that comes up from the J-hiphop scene is Kentaro and Krush is very firm in stating that Kentaro will never become as strong an export product of the cultural scene as he is. This is probably, casting a glance on download figures and the probability of finding these two names on p2p networks, very true. 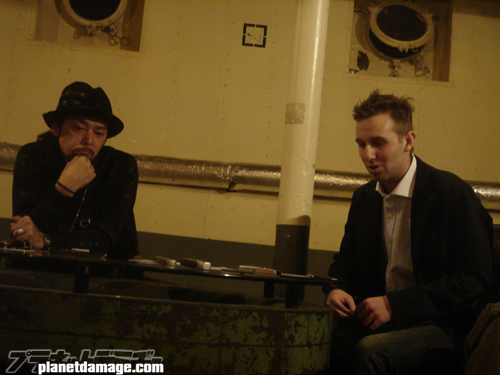 In all honesty – making an interview with a lobotomized and gangraped alien with no tongue and mouth is much-much easier than getting two full sentences out of Krush on what he thinks about the DJ scene nowadays. He obviously thinks that the technical possibilities are endless (yes, I also read digitaldj.jp) and being a DJ takes a whole person so no serious human relationships can go hand in hand with being a DJ (I also know that, seen that, been there). How he himself does what, when and where – remains a mystery. We get to know he has a family, he’s got two kids and there’s only one person in the world he’d really teach how to DJ – and it’s his grandson. 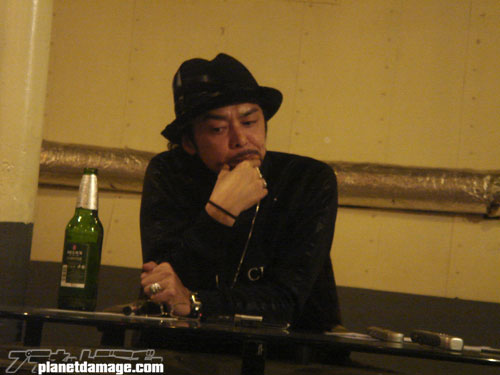 We spend 45 minutes with him, up close and personal. Almost nothing remains. He’s distant, however much you think the years of dealing with Oriental culture can make you understand this kind of mentality more – it doesn’t. The party itself is as strange and ambiguous as the meeting itself – you seriously can’t enjoy hiphop/lounge in a crowd of 800 people. The secret Shaolin shadow technique of DJ Krush are amazing, 15 points on a scale of ten. I leave after an hour of lingering at the back of the event hall, buying the 3DVD pack and cherishing something I took from Krush with a grin on my face, two interview questions that he thought are real hard to answer, I usually take this as a compliment.

UPD1> O. claims that all the rocking party hardcore shit happened in the second part. Damn that.