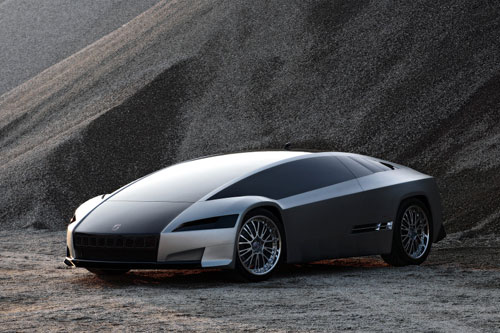 The Quaranta borrows its hybrid powertrain from the Toyota Highlander Hybrid and the Lexus RX400h: a 3.3-liter V-6 and the Hybrid Synergy Drive system with a combined output of 268 horsepower and 213 pound-feet of torque. Italdesign claims the car will return a city/highway average of 33 mpg, and a pair of fuel tanks that together hold about sixteen gallons of gasoline provide a 620-mile range. “E-Four” is, in fact, a fancy name for Toyota’s part-time all-wheel drive system (called “4WD-i” in the Highlander Hybrid), which uses a separate, 68-horsepower electric motor at the rear wheels that kicks in during acceleration or when slippage is detected. (via wired) 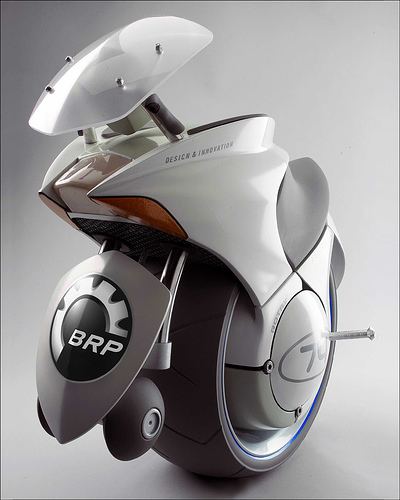 The EMBRIO Advanced Concept is a one-wheeled recreational and commuting vehicle for the year 2025, designed by the Canadian company Bombardier Recreational Products. Although the riding position is similar to that of a motorcycle, the vehicle uses sensors and gyroscopes to balance up to two passengers on a large single wheel whilst driving. (via thecontaminated) 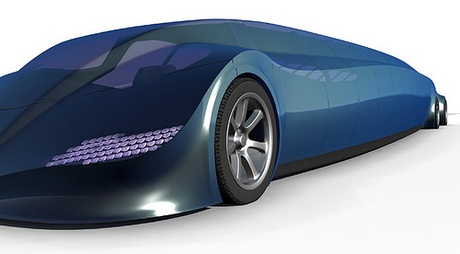 The Delft University of Technology in the Netherlands is developing another bus, which is able to operate on designated tracks. Future Bus is able to operate at very high speeds of up to 250 kilometres per hour (155 mph) and could therefore be an alternative to high-speed railway lines. This highly streamlined electric bus can also be driven at lower speeds on existing roads and bus lanes. With a length of 15 metres (49.2 ft) and a width of 2.5 metres (8.2 ft), the Superbus has similar dimensions to a conventional bus. Due to the seating arrangement without a centre aisle however, the height is just 1.7 metres (5.6 ft). The low aerodynamic drag (less than 0.2) makes the Superbus more efficient than a passenger car. (via thecontaminated)