We’d have a secret crush on Faith at the office: she’s young, Asian, makes a living by doing parkour runs as a courier in a future where information has to be distributed physically (Gibson’s Virtual Light plays the very same card) and has barcode-looking tattoos that give an extra. Instead, this very lady also looks like Bai Ling with her face pressed conveniently flat in a foundry, genetically merged with an alien and ripping off half a mascara off Nic Endo. No pussyjob for Faith.

But seriously. She’s just a jpeg off DICE and a fanpage for a game DICE develops entitled Mirror’s Edge. (Faith is the protagonist but there’s a slim chance that the Asian chick is just a geek hit factor, nothing more.) This is going to be a FPS parkour game in a cyberpunk future with no weapons use at all, the body’s gonna have all the focus, which is nice, as parkour is all about perfect body use in an urban environment. At the present On Mirror’s Edge has all the info you need. Below, two screenshots and below that, a brief scene from one of the hottest parkour action movies ever, called Banlieu 13. The movie also headlines David Belle who is the founder figure of parkour. 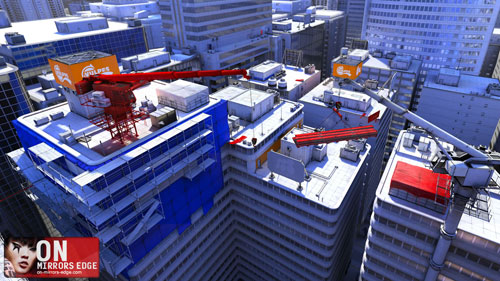 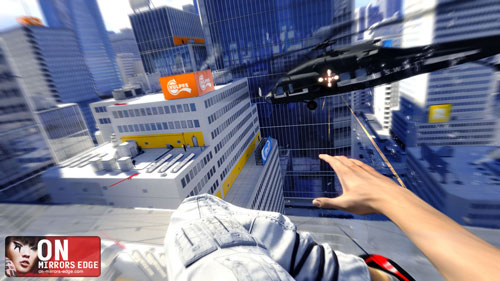