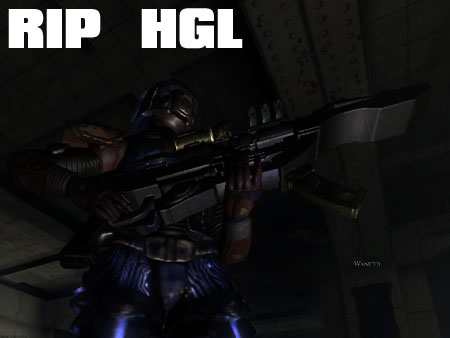 Giving up on Hellgate:London after a few months of alpha and beta testing, followed by three months of subscription enema is something I have to consider either a feat of prehistoric will or simply common sense. Think about it. You’re level 33, you’ve seen your share in combat, instead of doing tai ch’i, studying Japanese or receiving a proper blowjob, you level up and you farm palladium. And the most intense experience you ever get in the game is that you receive some military pants that looks like just the other thousand you’ve sold and it makes your ass cheeks glow yellow instead of purple.

Level randomization is boring. Monsters are boring. Coloring is dull. Item design is dull and boring. Finding an item is not funny anymore. In a 3D game where DirectX10 effects are supposed to be the shit, I sort of expect my character to look cool and I expect to find shitloads of items that look cool on me. I also expect to be generously handed a vanity cam that works in various ways the current version doesn’t. You grind on and on just because you expect to find something new and interesting and it really pulls you into the game. For a time. US and EU players cannot migrate to servers, shared stash and auction house still not working and as for the characters, they are fucking unappealing. Seriously. I do not expect (although I should) the graphical diversity of Guild Wars, but seriously, those guys know their shit. None of the characters look good. The faces, terrible. Mod support? None. And for all that, 10 euros per month? No way in hell and that’s not because I couldn’t afford it.

I have worked in the game testing/development arena and I have been eaten by wolves every day and worked with fat fascist workaholic cocksuckers, lots of them. So I sort of know what it means not to be able to finish things by deadlines and continuous ego clashes between developers (who shat the universe, basically) and all the lower-level scum. Good intent and the distant prospect of a good game might have led Bill’s troopers. Right into the cesspool.

No cocaine ammo for Bill.