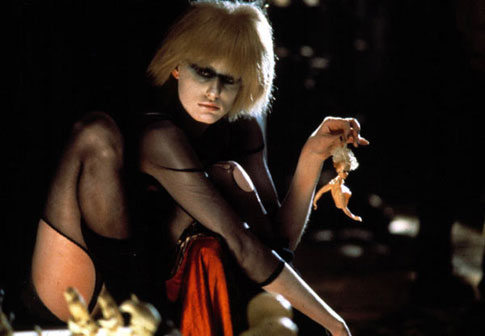 Metropolis’s sexy, dangerous cyborg became the template for countless others, though not for several decades. There were few fembots in the mid-20th century, but the desire to connect beautiful women and high-tech machines was manifest in the cheesecake pinups painted on fighter planes and the dramatic curves of 1950s roadsters. Indeed, cars were the fembots of the Cold War era, with voluptuous lines and sparkling fins designed to echo the female form. Robots, on the other hand, were depicted as clumsy automatons like Robby the Robot in Forbidden Planet (1956). Despite Robby’s male name, the sweet, lumpy ’bot acted like a traditional housewife, bustling around, making clothes, and cooking for the other characters. (via popsci)